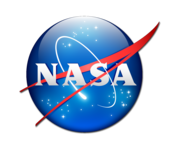 Much recent work in phylogenetic inference has focused on using large numbers of genes to elucidate the complex histories of entire genomes, through automated pipelines using increasingly sophisticated evolutionary models. However, close inspection of sites within single genes can still reveal critical new information for studying the evolution of early life. Ancestral reconstructions of the pre-LUCA paralog ancestors of aminoacyl-tRNA synthetase (aaRS) proteins reveal how the early genetic code co-evolved with the protein synthesis machinery. Identification of conserved ancestral sites within deeply branching “rare” types of some aaRS proteins reveal the existence of extinct relatives of LUCA, and the important role of horizontal gene transfer (HGT) even at this very early time. Finally, clusters of conserved sites within many protein families, including aaRS, ribosomal proteins, and elongation factor proteins, support conflicting sets of bipartitions within gene trees. These sites reveal complex histories of partial HGT and within-gene recombinations that both obscure and reveal the true deep relationships and patterns of HGT between organismal lineages, including eukaryotes.

This seminar is free and open to everyone.  Simply follow the event website link above to connect.  All of our seminars are also posted on the NAI Seminars & Workshops page afterwards for on-demand viewing here: http://astrobiology.nasa.gov/seminars/