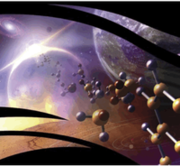 Astrobiology has revealed new discoveries about our world and the solar system. Living organisms thrive in harsher environments on Earth than we ever previously imagined. Microbial biodiversity and extremophile life are now known to be ubiquitous and abundant. Beyond Earth, science has identified more than 1,400 exoplanets. That life thrives in multifarious conditions, coupled with these potentially habitable exoplanets and the detection of life-giving elements on numerous moons on asteroids, means we must face the possibility that simple or complex organisms may be discovered beyond Earth. How might we prepare for such a discovery?

Baruch S. Blumberg NASA/Library of Congress Chair in Astrobiology Steven J. Dick convenes scientists, historians, philosophers and theologians from around the world for a two-day symposium at the Library of Congress to explore how we prepare to face new knowledge that may challenge our very conceptions of life and our place in the universe.

To join, please use the following URL and choose the option "Enter as a Guest":

RSVP for NASA/Library of Congress Astrobiology Symposium to add comments!

There is no fee, and you can attend either in person (in D.C.) or online here (when the event starts): https://ac.arc.nasa.gov/loc

Comment by Lydia Goldsmith Vine on August 21, 2014 at 12:27pm
Sounds great but I'm not sure I understand what will be going on other than the lecture and is there a fee?