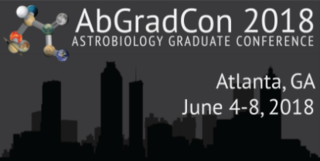 Dr. Margaret “Maggie” Turnbull is an astrobiologist whose expertise is in identifying planetary
systems that may be capable of supporting life as we know it. As a part of her dissertation, Maggie
developed the Catalog of Habitable Stellar Systems (HabCat) with Jill Tarter for use in the search for
extraterrestrial intelligence (SETI). She is currently leading science teams nationwide to develop
NASA missions to discover planets beyond our solar system. In 2004 Dr. Turnbull organized and
convened the inaugural Astrobiology Graduate Student Conference on the campus of the University
of Arizona in Tuscon, AZ; AbGradCon is now in its 14th year and serves as a fundamental event for
the early career astrobiology community. She continued to serve both science and the public
through advocacy on capitol hill and serving as an elected official in her local community. On April
24, 2018 Dr. Turnbull announced her candidacy for Governor of Wisconsin.

About the Award & the 2018 selection process

The purpose of this award is to honor those that exemplify the spirt of service within the early career
astrobiology community. As this is a community award, the community will participate in the
selection of the final candidate. Nominations will be accepted from members across the entire
astrobiology community (self-nomination is not allowed) and then nominated candidates will be
selected through a community online voting system. The nominees will be listed along with their
nomination write-up on the AbGradCon website and community voting will commence during
AbGradCon 2018. The awardee will be announced at the closing dinner of AbGradCon on Thursday
June 7th, 2018. The awardee will be honored with a plaque and a monetary award of $1000.

Nominees for this new award must be either be a graduate student or a post-doc (within 2 years of
their postdoc) who are actively working in the field of astrobiology.

We are calling for nominations for candidates through June 1st, 2018. We are asking that
nominators send the name, title, and institutional affiliation of the nominee along with a brief
nomination paragraph to Dr. Kennda Lynch (klynch31@gatech.edu) by midnight on June 1, 2018.