Research on Scientific Methods for Spiritual Development of Mankind 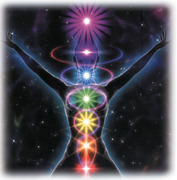 Explain the process of 'love' or any other human feelings scientifically.What an absurd question,isn't it?No..it isn't. Even with our mastery of cutting edge technology things involving mind and it's mysterious ways of working remain largely a mystery to us...The placebo effect,superhuman survival capabilities of Naga sanyasis,the use of qi in martial arts and healing.....all remain unexplained by modern science and so largely labelled as fake.

Now if I had asked prehistoric men to explain simple scientific phenomenon like lightning or the sun or the moon he would be in a similar dilemma that we were in when faced with the first question.

Our ignorance of this topic that had reached a certain level of development in ancient civilisations of India and China and then banished to the attic with the materialistic conquest of European forces of Asia is akin to how the church held onto its ignorant beliefs that the earth is the center of the universe several centuries back.

It took just a few thousand years for us to advance our science beyond the wildest imaginations of our prehistoric ancestor.But today we turn out to be a curse to our planet.What went wrong?What happens if you give a kitchen knife to a crazy,mindless monkey.He may attack all those around him.But in the hands of a masterchef it is used to create tantalisingly appetizing food.....Coming to the point,we are akin to the monkey with the knife-we have the technology but we don't have the adequate inner development to wield it.

If the US govt can spent millions funding SETI, which has not even yielded any result in a long time(or did it ;) ) , I'm baffled why no one from the west even bothers to research this particularly interesting segment in depth. (I say West because they seem to be the absolute authority in science since Renaissance,regardless of any scientific knowledge accumulated over the ages in the 'East')

This group focusses on starting grassroot level reasearch on how humans can increase their spiritual and mental faculties beyond what we consider is the limit, from a scientific viewpoint.It's aim is to discover means to lift man from his prehistoric level of rudimentary spiritual development to higher levels of spiritual ability if possible.

To get started here's a link for a report on scientific study of Qi(Mental Energy)- http://bit.ly/IeGQBh

and another one with information on body chakras..https://en.wikipedia.org/wiki/Chakra

This group does not have any discussions yet.

You need to be a member of Research on Scientific Methods for Spiritual Development of Mankind to add comments!

Why not travel in a twin-engine powered jet when we have the capability to create it. :) Science and spirituality are those two engines of development.What happens if one of the engine isn't performing at the same level as the other?The performance may largely reduce and may result in the failure of the second engine due to the extra load....Taking the case of 'spiritual' organisations today a majority of them are exploiting the spiritual label of India thus misleading gullible public.You can't replace a jet engine with a toy motor made to look like a jet engine.The only way to achieve breakthrough in spiritual development is through help from the worldwide scientific community.

This group does not endorse any 'spiritual' organisations or people.

The aim of this group is to discuss research efforts in spiritual areas(Chi energy,the role of mental power in curing diseases,power of meditation etc) carried out worldwide and to discuss new ideas helpful in promoting Spirituality as an essential factor in complete human development.

Of course I never denied that. You are right in a way about how science and spirituality must go hand-in-hand. But don't you think today the meaning of spirituality is largely misunderstood? When you talk about spirituality, people tend to relate it with a supreme god who created the universe(in some civilizations) and controls whatever happens with each one of us. When in fact, the concept of god has no place whatsoever in spirituality - it's religion. If you just do a reality check in India, you'll find a large number of so-called "spiritual" organizations which claim to communicate with the "supreme soul" on daily basis. They have some rules which you have to follow to attain "moksha". And one of them is this -  http://en.wikipedia.org/wiki/Brahma_Kumaris_World_Spiritual_University

The cosmos is moving train, why get off it?

“Our scientific power has outrun our spiritual power. We have guided missiles and misguided men.“ 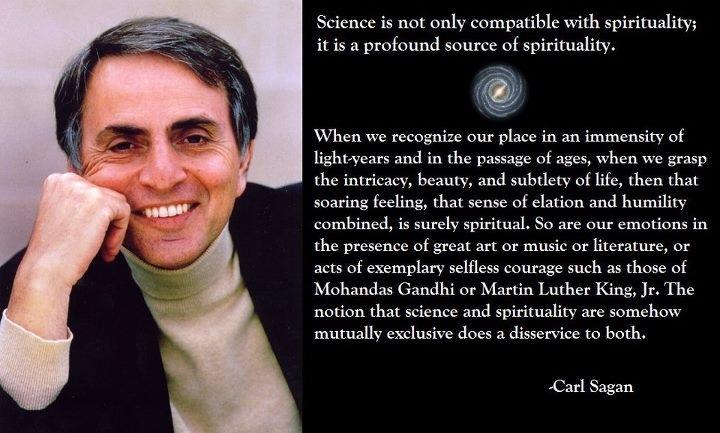 Yes,I agree .Nonetheless it is not how it is funded that matters the most, but the interest shown by governments and the public in the subject.An urge,a need to find the answer to the famous question "Are we Alone?" contributed to the founding and the subsequent funding of the organisation.But to start a research centre on psychic development, it would probably be a no go affair all around  the 'civilised' world.The people do not realise the need to develop spiritually in today's age of material realism,even when we are destroying our planet with our primitive tendencies.Even countries traditionally considered highly developed in spiritual areas (like India) are now trying to embrace the materialistic culture decrying the need for spiritual research.Today the spiritual identity of India has turned to nothing but a farce.A silly label.

Relegion is often considered synonymous with spirituality.Relegion is not spirituality.Relegion is seen detrimental in the development of science.But in the early ages Relegion and Science went almost hand in hand.But as time went forward,science developed itself into new frontiers while the spiritual development of mankind was hindered by the inability of relegion to change and develop.We are still spiritually and relegiously prehistoric.Gradually, scientific understanding of man increased and he found these archaic beliefs as a hindrance in his further development.The place spirituality had in human life diminished exponentially.Thus today we are a society scientifically advanced but spiritually dumb.

But what if Science and Spirituality developed hand in hand.We could have reached frontiers unimaginable in today's perspective.Instead of being the curse of the earth we could have been something much more substantial and wonderful.We could create a beautiful world free of greed,worries and misery-A vision that today science strives to realise,but not able to in a spiritually primitive world.

"If the US govt can spent(spend) millions funding SETI...."

In the popular conception, SETI is a national space program that spends untold millions if not billions of taxpayer dollars on a high-tech search for "little green men", while most major social problems on earth go unsolved and social needs go unsupported. This conception does not do justice to the actual situation. One needs to look at some facts. For the record, the US govt funding  SETI is history. From 1995 SETI has, more or less, being funded privately. The last govt funding it recieved was from the US National Science Foundation of $1.2mn last year. I agree with your viewpoint on spirituality and on the same note you must care about facts if you will. The evidence -