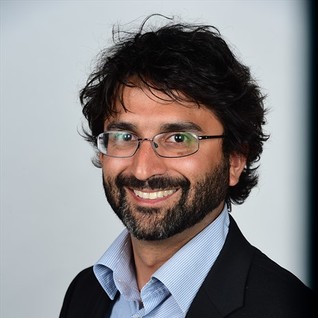 DEADLINE APRIL 1!Dear Colleague:            Please distribute this announcement to deserving undergraduate and graduate students in your department or your Space Grant programs. The Gerald A.…Continue

The LPI-JSC Center for Lunar Science and Exploration has an opening for a postdoctoral researcher.  We are particularly interested in candidates with petrological and geochemical experience with…Continue

CALLING ALL EARLY CAREER SCIENTISTS!  PASSIONATE ABOUT SCIENCE?  LOVE TO COMMUNICATE—OR WANT TO LEARN HOW? You are wholeheartedly invited to participate in FameLab USA: Exploring Earth and…Continue

What best describes you?
Scientist

As an astrobiologist at the Blue Marble Space Institute of Science, my research broadly investigates how the rock record can preserve properties of an ancient atmosphere, and how the rocks can create or contribute to an atmosphere; a discipline I like to call "Atmospheric Geology". Atmospheric gases and/or gases released in water-rock reactions are fundamental in metabolic processes, and so I enjoy thinking about the role life has in modulating the concentration of gases (atmospheric or not), and how the concentration of those gases modulate biological "lifestyle" (survival, maintenance, growth).

As examples, I investigate how ancient raindrop craters can record atmospheric density, how gas bubbles trapped as amygdales in ancient lava flows can record atmospheric pressure, and how channel morphology can be an indicator of flow sustainability (the latter in the context of Mars). I'm also very interested in the topographic evolution of Mars.

At Ames, I focus on the latter part of this interest: how rocks can create or contribute to an atmosphere. Specifically, I am investigating the connection between geology, geochemistry, and microbiology in serpentinizing systems, through a combination of field, laboratory and theoretical studies. Deep-sea exploration has been a growing interest of mine, overprinted on the space exploration passion that has fueled my career. To that end, I have been involved with research cruises on-board the R/V Atlantis, and have explored the sea-floor both robotically (ROV Jason), and physically (DSV Alvin).

I do have a private pilot's license (VFR), but haven't had the chance to fly in a few years. I hope to change that in the near future.

Geysir, the biggest tourist spot in Iceland, is located about an hour and half drive east of Reykjavik on the highway, but because we were coming from further north in Vesturland, our path took us across roads that made for arguably the most epic drive I have taken (driving Western Australia's Pilbara Craton is a close second). This drive took us on Icelandic "F roads",…

Our third site was the rather unassuming site of Landbrotalaug. It is located on the Snaefellsness Peninsula, made famous by Jules Verne in his book "Journey to the Center of the Earth". There, the Snaefells volcano, situated near the tip of the peninsula, is actually the entrance!

After the muddy waters of Seltun, I was looking forward to some clearer waters to sample. I got my wish granted at Deidarthunguhver. This hot spring is extraordinary. Water emerges out of the rock bubbling and fountaining furiously at 98C, at the highest flow rate in Europe. 198 liters / second (52 gallons per second)! …

After loading our trusty 4x4 Suzuki Jimny with our sampling gear, we headed off heading west from Reykjavik. Leaving the highway to go in the direction of Kruysuvik, the paved road soon ended (I love that about Iceland, the driving is always so much fun!). Thankfully the rain had stopped by the time we got to our destination, which was…

VISHNU BABU said…
Sir, I'm Vishnu. an astrobiology student, I know you're expert in this field. I have some doubts in my project.. so can you please send me your email address and I will text you..

Midhun J Prakash said…
Sir , can u please tell me how to become an astrobiologist in NASA or SpaceX , first I should have a graduation, then ?

Hi! Just testing potential question asking procedures. What happens when I send you this? Do you get an inbox message or an email notification?

Janova Anbarasi said…
Sir can you send me the details of undergrad essay writing competition?
I'm not able to open the website.

Thanx Sanjoy, I appreciate it. This is an amazing place! It's probably going to take me awhile to look into all the corners.  =)

We could potentially be into that.  Does the Fuze service go through the internet or would it require that we have a telecon-capable phone in the room?

Easily done Sanjoy, though really a explanatory note in the section on how to autonomously navigate in one's own language from SAGAN's home page ought to be suffice. I could do both things though. I am limited in my Spanish even though I'm fluently bilingual, I've only ever read and written in English. I speak fluent street spanish and being over forty and beginning an undergraduate course in a few months won't have the time to formalise my language. As "Sagan en habla hispana" says it seeks to find people with a high enough level in Spanish so as to take over the reins of that group, with my help of course. I've got to get back to you on another matter. I'll message you soon

will you be my Saganet mentor?