Life as a Carnot Cycle (Blog 2)

For at least the last few meetings we have discussed the idea of LUCA. A name for the evidence that suggests that all life, bacterial, archaeal, and eucaryal, all formed from a common organism. Woese suggests that LUCA, or the root of the universal phylogenetic tree, could not have equivalent metabolically to "modern cells." In his paper, Woese seems to dismiss the idea of a metabolism-first world instead providing evidence for horizontal gene transfer (HGT) in an RNA-first…

The Most Adaptable Species

When we think of the most adaptable species, what comes to mind? Camels are able to survive without food or water for months, cockroaches are said to have survived the atomic bombs on Hiroshima and Nagasaki in World War II, and Emperor Penguins are able to make journeys 60+ miles long with their last meal being four months earlier. All of these species are very well suited towards their particular environment, but if one were to put a camel in Antarctica, or an emperor penguin in the Gobi…

Eventuality of life if habitable conditions are met.

My belief in the formation of life, with current observations taken into account, is that it is an eventuality when the habitable conditions are met. Given time and minimal resources, it is my understanding that the organized formation of life is something that will occur in any situation.

Taking Earth as the only planet with life known to exist, its early history is riddled with chaos and conditions that would never produce life as we know it. In my view the early Earth would…

Why Limit Our Definitions?

Astrobiologists, amongst other biological scientists, have not yet settled on a standard definition for what they consider to be life; this is because there are so many loopholes and exceptions to each new definition-theory that we come up with. To a FAR lesser degree it is almost like trying to come up with a standard definition of a hamburger. Is it two separate bread buns with a beef patty in the center? What about protein style at In-N-Out where the buns are replaced by a lettuce wrap?…

Call for White Papers: ASTROBIOLOGY SCIENCE STRATEGY FOR THE SEARCH FOR LIFE IN THE UNIVERSE

In preparation for and as an input to the upcoming decadal surveys in astronomy and astrophysics and planetary science, the National Academies of…

Pre-college education efforts are many and varied, involving the teachers, students, parents, museums, and youth groups. However, it is necessary to reach out to school administration at all levels if teachers are to be innovative in their approaches. This introductory meeting clearly indicated that more interaction between the participants would be profitable.
It is clear that the science pipeline leading from kindergarten to college entry needs to be filled with students. What is not… Continue

New Book out: Andreas Losch (Ed.), What is Life? On Earth and Beyond 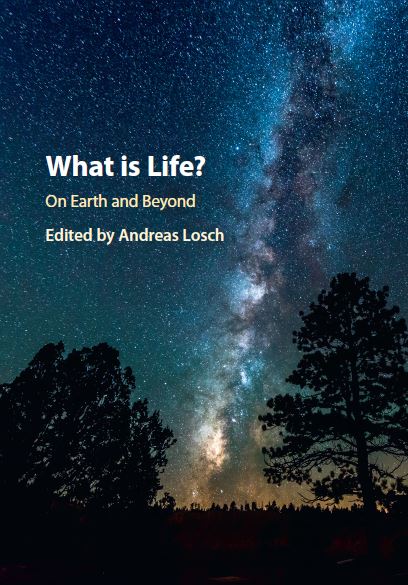 Approaches from the sciences, philosophy and theology, including the emerging field of astrobiology, can provide fresh perspectives to the age-old question 'What is Life?'.
Has the secret of life been unveiled and is it nothing more than physical chemistry? Modern philosophers will ask if we can even…
Continue

Space travel and the Treadmill effect?

I should preface this post by stating that I'm somewhat scientifically illiterate. But I don't want to be!! I have questions. Lots of questions. Maybe even stupid questions...But the kind of stupid questions that only smart people can answer. Well, that's where you come in:

Let's say that I had a spaceship that was capable of speeds faster than the expansion of the universe. A quick Google search says it's 68km/s per megaparsec. And let's say that I…

Is Biological Cell a Machine?

The following is a 600-word essay which I wrote for Physics of life School at National Center for Biological Sciences-TIFR, Bangalore, India.

Biological cells, that all living organisms are made of, singly or collectively, are open dissipative machines, in a complicated assemblage of sub-machines in a hierarchical organization of soft matter, which is a perfect system showing emergent properties. They are ever-evolving, self-replicating machines that utilize energy…

Explorations of Oxygen-Free Seas on the Oceanus (Part IV: Methane)

WHAT’S UP WITH METHANE IN OMZs?

This is the fourth and final blog post of a series.
Here are links to the first, second and…

Explorations of Oxygen-Free Seas on the Oceanus (Part III: Nitrogen)

This is the third blog post of a series on Jennifer Glass’ experience at sea.
Read previous posts here and here.

“Water, water, everywhere, Nor any drop to drink.”…

Explorations of Oxygen-Free Seas on the Oceanus (Part II: Clemens and Claudia)

This is the second blog post of a series on Jennifer Glass’ experience at sea.

Six thousand feet below our ship, three tectonic plates are colliding. Like slow-moving conveyor belts, the Rivera and Cocos Plates creep under the North American Plate. Where the denser oceanic plates…

Explorations of Oxygen-Free Seas on the Oceanus (Part I)

Greetings from the Pacific Ocean! I am currently at sea for three weeks with an awesome team of astrobiologists, geochemists and molecular biologists. We are floating off the coast of western Mexico, about 100 miles west of Manzanillo, Mexico, on the Oregon State University research vessel Oceanus. 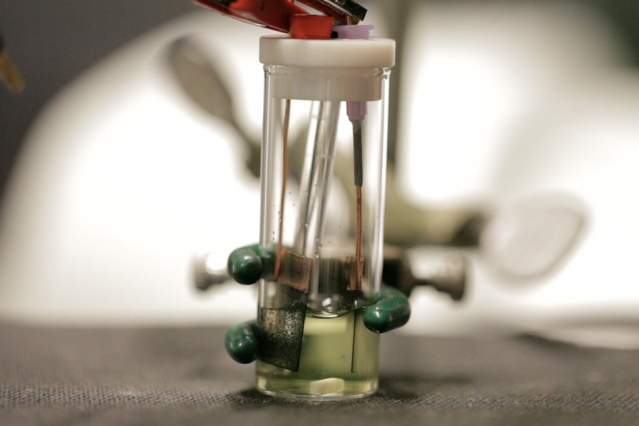 Removing pollutants from water is the ultimate goal of the purification process.

However, current methods of removal have their share of complications. And tend to be quite energy and chemical intensive, especially when it involves removing contaminants at extremely low…

Crew 172 is precious for me and will always be. Personally, after living 80 sols with an amazing team, coming back to the hab with a different team was a little challenging. They said they had been following our Mars160 mission but we all were strangers for each other. But I think we all went through the process well because we all had a single goal – a successful mission.  We are the Mars Society Crew. I would say that I see an immense potential in…

It was Sol 86. Actually, for Crew 172, it was Sol 6, but I would call it Sol 86 because for me this mission is an important continuation of Mars160 science operations.

You are on Mars.

When you are on Mars, life is unpredictable (just like on Earth, but on Mars, it’s a little bit more). I have always written about the beauty of this place; how those small portholes of our Martian cylindrical home let us gaze the surreal red backdrop and make us immerse into our own sense of awe and appreciation. How our home stands tall against all the oddities of Mars. Living in this place, sometimes you feel that you…

Mars 160 mission in the Utah Desert is towards its end. I think we have not just performed a Mars simulation, but lived a life; a life which was entirely different from what we had been living. It is a bonding that we have created with our hab and with each other. We became a family. We had our both funny and stressful moments like all families have, but I think somewhere, we all learned to be unconditional in our…

I am on Mars, again! It feels wonderful saying that.

I recently completed the first phase of Mars160 mission. Now, I have joined the Crew 172. For this mission, I am the Executive Officer and Crew Biologist for another 15 sols.

It is my Sol 81. Before coming here as Crew 172, I was asked many times that why do I want to do this rotation when I had already been part of a long-term mission like Mars160. My answer has always…