Here I am with some selected pieces from my diaries written over a period of three months as part of MARS 160 Twin Desert-Arctic Analog Mission and Crew 172. Mars 160 mission recently culminated its first phase at Mars Desert Research Station (MDRS) in the Utah Desert. The second and final phase of this Mars simulation mission will take place at Flashline Mars Arctic Research Station (FMARS) in the High Arctic this summer. Both FMARS and MDRS, founded and administered by The Mars Society, are unique Mars analog habitats, established in 2000 and 2001 respectively. MDRS is located on the San Rafael Swell of southern Utah and FMARS is located near Haughton Impact Crater formed approx. 39 million years ago during the Eocene.

The MDRS campus is established in the semiarid badland area where the surface is predominantly shaped by heavy fluvial erosion, ending in high cliffs and barren mounds all around. The area is mainly composed of the Morrison Formation of Jurassic period. The entire landscape surrounding the station is called Mars-like, not only of its reddish-brown color (due to hematite/iron oxide) and widespread badland but its unique geomorphology and geological processes that are analogous to Mars. 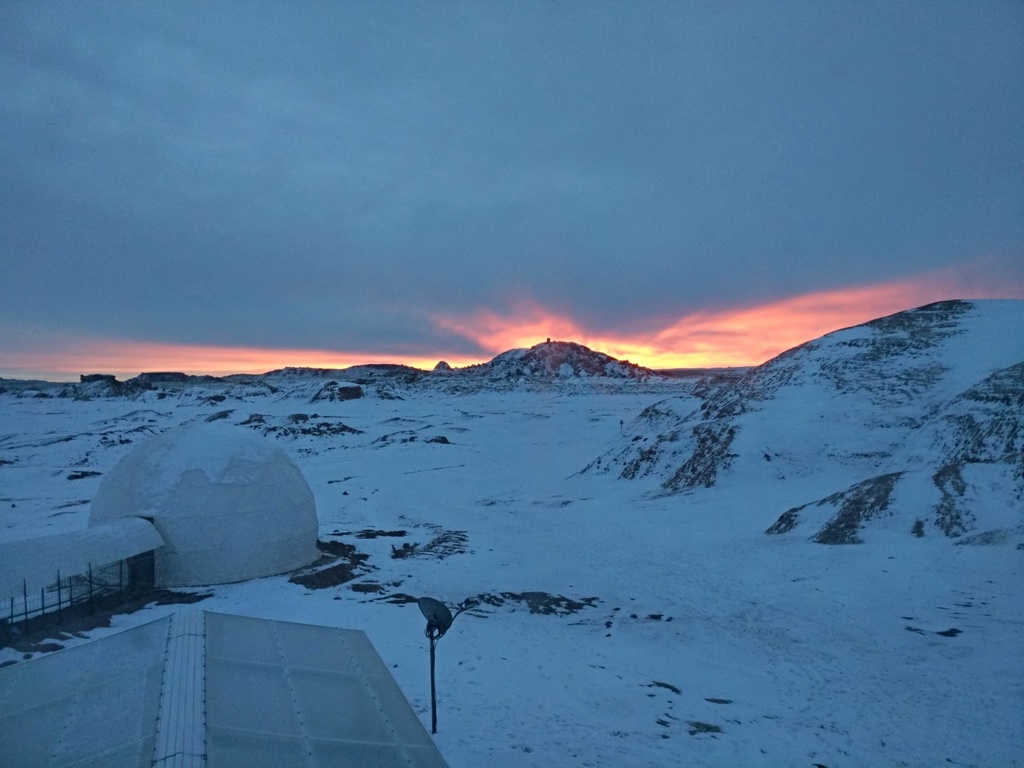 It’s a Martian morning :) I was fortunate to see the snowfall at MDRS during my stay as Crew 172. I saw two seasons living in this desert. (Image Credit: Illaria Cinelli – Crew 172 and The Mars Society) Our last night at MDRS as Mars 160 crew. This small dome was assembled by our Japanese Crew member and Executive Officer Yusuke Murakami who is an Architect. He assembled this dome wearing the heavy spacesuit, which was extremely challenging. (Image Credit: Commander Alexandre Mangeot and The Mars Society)

All MDRS missions are 2 weeks in duration where engineers, scientists, medics, journalists, as well as college students, carry out rigorous field studies and human factor experiments under the constraints of a simulated Mars mission. But for the very first time, The Mars Society planned a 160-day twin simulation mission – 80 days in the Utah Desert (completed) and another 80 days in the High Arctic (the upcoming phase). Technically, the first phase is called MD80, but for me, it was actually a 94-sol mission, because I was appointed to stay at MDRS for another two weeks as an Executive Officer and Crew Biologist of Crew 172.

MDRS has been the muse of scientists and engineers from across the world since its inception. I came to know that the place where MDRS is currently located was actually chosen by Dr Carol Stoker of NASA Ames. She with Dr Jon Clarke has carried out some profound works as part of MDRS simulation. To my great delight, I got the opportunity to work with Dr Chris McKay during Mars160 mission as he is one of our Earth-based scientists.

The Mars 160 Crew involves a French Commander, a Japanese Executive Officer, an Australian Geologist, an Australian Artist, a Canadian Engineer, a Russian Journalist, Health & Safety Officer, and an Indian Astro-Geo-Microbiologist (they call me biologist :)

The Crew 172 involved an Italian Commander, an Indian Executive Officer and Biologist, three Americans in the role of Crew Engineer, Green Hab Officer, and Journalist, and two French guys as Crew Scientist and Health & Safety Officer.

Working with such a diverse crew in two different missions was just amazing! 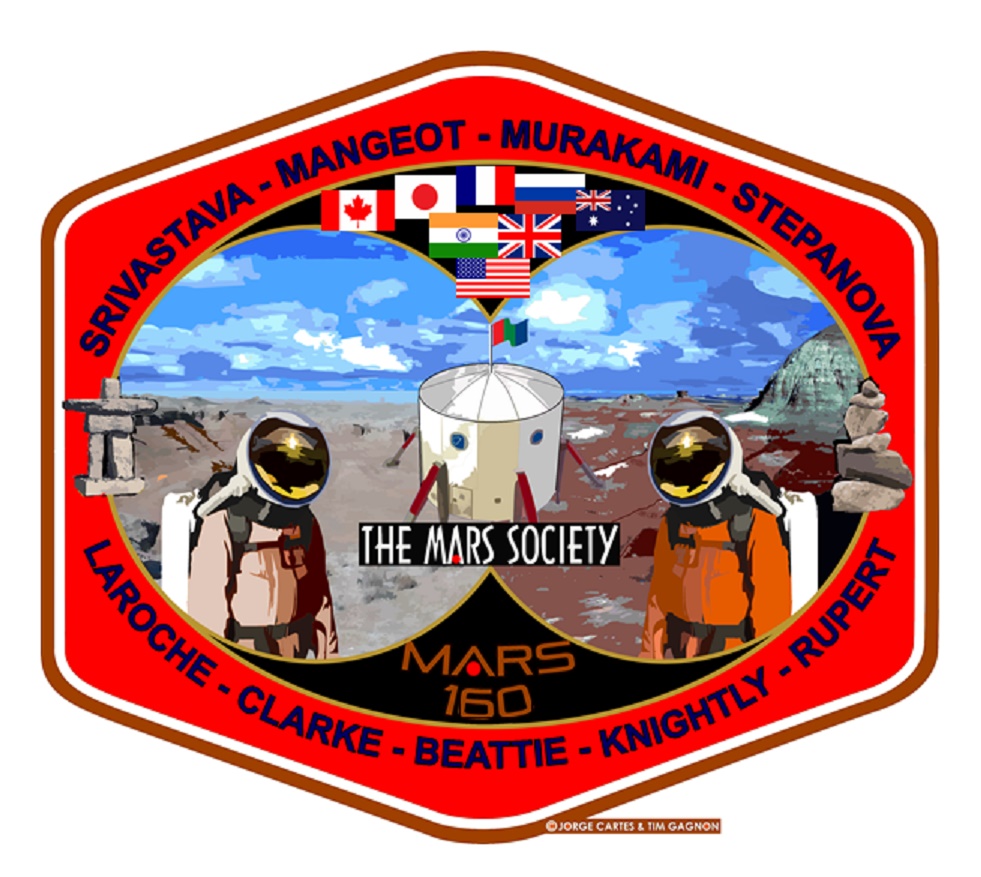 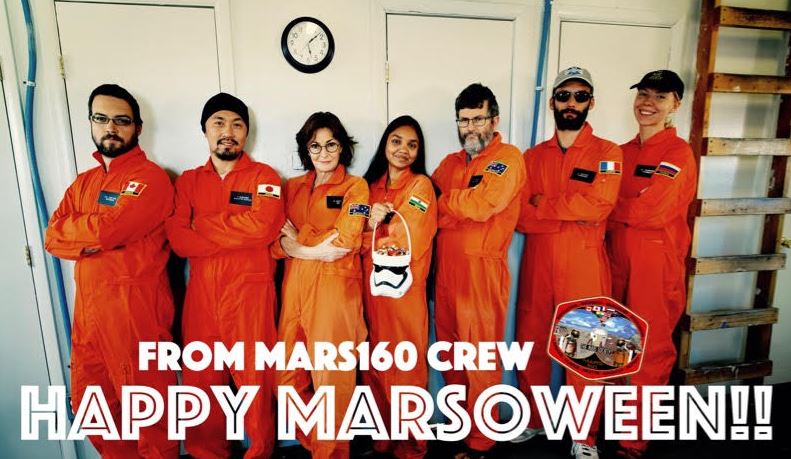 My participation in the Mars 160 mission became almost impossible at one point due to the uncertainty of the visa proceedings (although I had Mars passport :). Long story short, I eventually obtained my visa and managed to arrive at the station (fortunately) on time. I am so grateful to Shannon Rupert (Director of MDRS and PI of Mars160 mission) and my amazing crew for their unconditional support. I am honored and humbled to be part of this mission which allowed me to experience what it’s like to live a life of an astronaut.

So, I'm going to post some selected reports that I wrote during the mission, about my work, my day to day experiences, and the lessons learned during this long-term simulation. I used to write these reports for daily CapCom window (7-9 pm mountain standard time). CapCom window used to be our time to be able to communicate with “Earth”, in other words, our Mission Support team (this is where I started from… you’ll read more about that journey) – “Copy that CapCom”

(NOTE: All notes/reports that I will post here were first posted on The Mars Society Mars 160 mission website)

Sol 60: How it all started and lessons learned