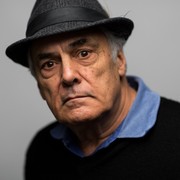 Join us on Monday November 24  at 11:00am US Pacific time (GMT-8) for a LIVE event with Astrobiologist and Deep Sea Oceanographer Dr. John Baross!

Dr. John Baross is one of the greats in Astrobiology. He was among the first microbiologists to sample Mt. St. Helens after it erupted in 1980, and one of the first to study microbes in deep-sea hydrothermal vents after they were discovered in 1977. He is one of the founding members of the University of Washington Astrobiology program. John has particular interests in the microbial ecology of extreme environments, the biotechnological applications of microorganisms that grow in extreme environments, astrobiology, and in the significance of submarine hydrothermal vent environments for the origin and evolution of life.

RSVP for Talk to an Astrobiologist: Dr. John Baross to add comments!