Geysir, the biggest tourist spot in Iceland, is located about an hour and half drive east of Reykjavik on the highway, but because we were coming from further north in Vesturland, our path took us across roads that made for arguably the most epic drive I have taken (driving Western Australia's Pilbara Craton is a close second). This drive took us on Icelandic "F roads", which are not suitable for typical cars. Equipped with our 4x4 Suzuki Jimny though, we were all set. 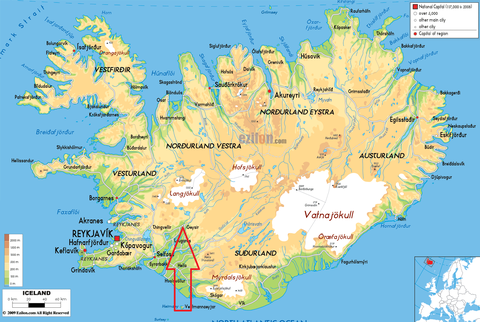 Our drive took us west of the Langjokull icesheet. Seeing a massive ice-sheet for the first time is quite a sight. The eye can't quite comprehend that the most of the horizon is not clouds, but ice. 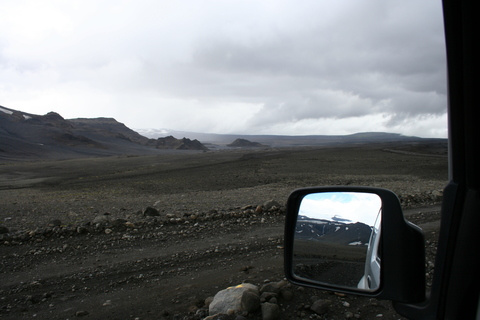 The lunar landscape of Iceland's F roads, with Langjokull peaking its head in the background 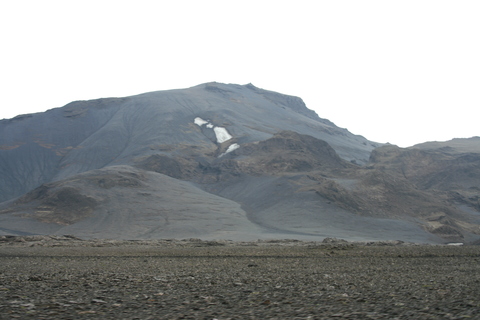 Mountains sculpted by water and ice The Langjokull ice-sheet seen from the road 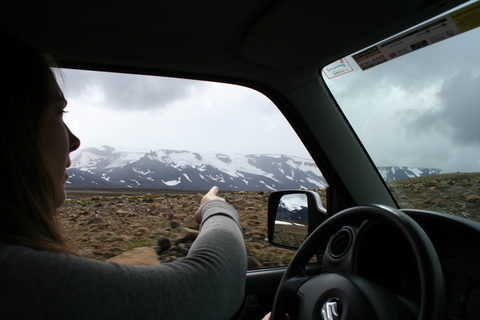 Katie pointing towards the Langjokull ice-sheet 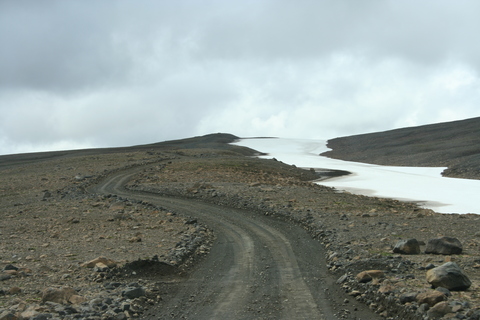 The shallow slopes leading to the summit of Mt. Ok 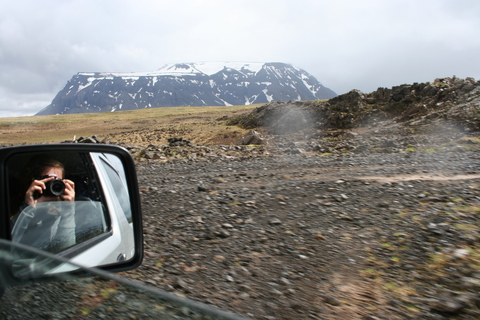 Katie photographing a Tuya. Tuya's are eruptions that happened under ice. The flat-top and steep sides are clues to the its origin. The flat top indicates the height of the ice when the lava erupted. 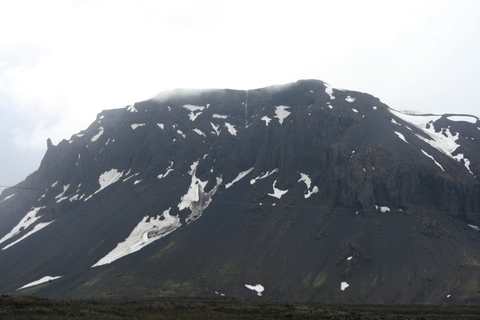 Waterfall emerging from the top of the Tuya 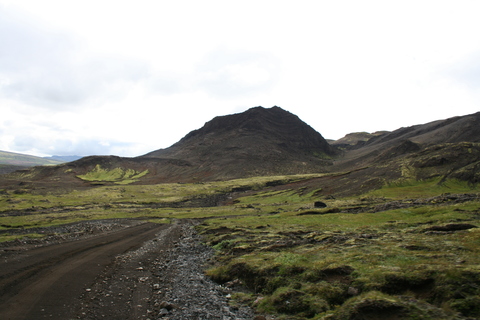 Glorious roads as we emerge from the highlands 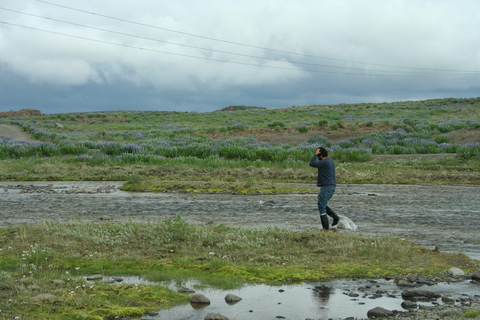 Aaaand a river cuts the road... Where to cross?? It's safe here! Fording a river is a must before taking any vehicle across. 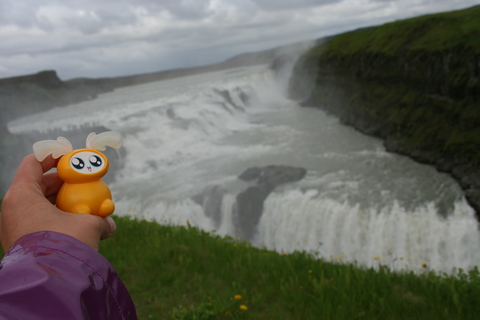 Yet another reward of our drive, and immediately before reaching Geysir, the mighty Gull Foss! The little toy was given to us by a 6 yr old prior to us leaving for Iceland.

After we left Gull Foss, it was another 15 minutes before we reached Geysir. It is named after the namesake geyser, "Geysir", but the main attraction is without a doubt "Strokkur", a geyser that erupts every 4 minutes! There is a webcam there so you can see for yourself. You can also catch it on youtube in this rather dramatic video:

This is your reward for making it to the bottom of this post! My next entry will be about sampling the Geysir hydrothermal park.